Home » Desires » You are reading »

Where to get tasty food in Delhi 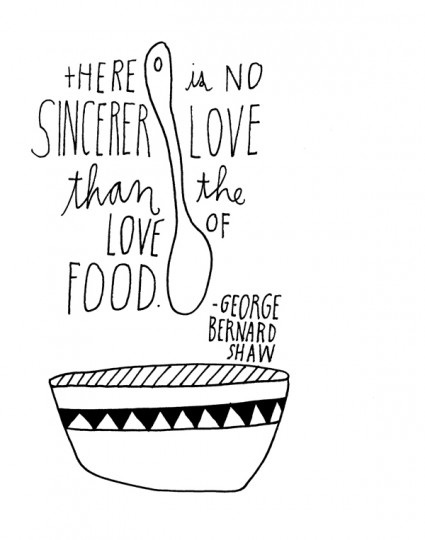 There is no sincerer love than love of food – so said George Bernard Shaw . So who are we lesser mortals to disagree !

Somebody sent me a list of dishes to try in Delhi. Here they are .

Have already tried some, will take in more and keep on updating here !

63 Dishes to try in Delhi

18th August 2017 : Get down at KB metro station, market side. About 1.7  KMs from there. You can take a Rickshaw- we found one who knew where the place was, so must be getting lots of passengers ! Cost Rs. 30/=. Chole Bhature cost Rs. 60 for plate of two. Nice. My friend Naresh Gandhi agreed….

Foodie sites like Zomato also rate it good. Here is the Maplink :

And some snaps..small , standing up place , no AC so better when weather is pleasant ! If you have been there, comment in !

About a kilometer from Karolbagh Metro Station

June 2015 : Was first introduced to this shop almost 12 years ago . Go here now whenever I visit Sheesh Ganj. Get down at Chandni Chowk Metro Station and walk towards Sheesh Ganj Gurdwara- if you miss the shop , just ask someone !

I prefer the Dahi Bhalla here more than the Aloo Tkii. And  he has consistently maintained the same taste ( and quantity )since I have been visiting ( although price has shot up from Rs. 15 to Rs. 50 per plate ! ). Very Nice Curd, tangychatni and bhalla.

Next time will focus more on the Aloo tkki 🙂

A snap from the Web :

Been there. Not a regular visitor though. Don’t remember anything exceptional for this….

Been to Andhra Bhawan a few times. Value for Money meals ( although now a veg thali costs Rs. 150/= if I remember correctly …) But I do find it rather crowded at most times.South Indians must be liking it,  but me not a South Indian so can’t say much, except that it is well known and you can eat as much as you like ( except some items which are “limited’ – particularity if you buy them separately – the non veg ones..

This is how the place generally looks :

Bukhara food is excellent – whatever you have. But for people like me it can only be VERY occasionally :-(( unless, of course, someone treats :-))

33. Pizzas at Flavors, Under Moolchand Flyover

A visit here is always nice – I could be biased, however ! Besides the Kadha Prasad, one can also try the simple Langar – in an Air Conditioned hall now. You will most probably have to wait a bit though, cover your head and respectfully sit cross legged on the floor ( although some side seats are there … ) and don’t expect a lot of items cooked like Hotel food – just some, cooked like home but with a lot of love for God ! This is how teh Langar Hall looks  :

Kaleva is by itself quite nice. Have had Chole Bhature and Lassi here several times and also Dahi bhalla.

46. Chocolate Pudding at Angels in My Kitchen, Defence Colony

48. Karachi Halwa at Chaina Ram, Next to Fatehpuri Masjid

Have not been here but am told this is quite good. Will try !

Have had this a few times. Ummm.. can be quite heavy ( and butterrry !) for some !

Bitto Tikki Wala also has an outlet walking distance from my place in Jasola. Quite good Tikki, Dahi Bhalla. My favorite though is Raj Kachori ( about Rs. 80 in June 2015, if I remember correctly ) which is a mini meal, generally, for me.

Hmmmm… quite many untried as of now -could be out of my Wallet’s reach too !  But one can hope,can one not !

If you know any not in the list above , put in the comments below and will put them on my list too !

Inspire and make others happy too- share to tell them they are in your thoughts !
food 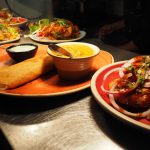 50 places to eat in Delhi 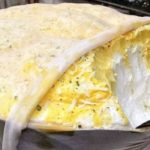 I would rather walk with a friend in the dark, than alone in the light.( Find more/ Share your thoughts at https://getjoy.in/small-thoughts/)