Home » Wanderings » You are reading »

….is the holiest Sikh Shrine in Amritsar, Punjab. Guru Arjan Das designed the temple, a Muslim saint -Sai Hazrat Mian Mir laid the cornerstone on 28th December 1588 and Guru Arjan installed the Adi Granth- holy scripture of Sikhs in the temple in 1604. 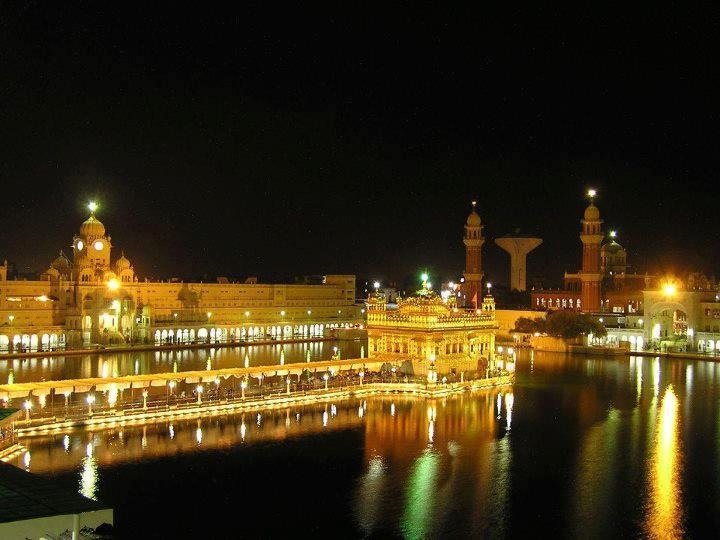 In the early nineteenth century, Maharaja Ranjit Singh secured the Punjab region from outside attack and covered the upper floors of the temple ( gurdwara ) with gold, which gives it its distinctive appearance and its English name.

It is indeed a beautiful, peaceful place where people of all religions congregate for moments of solace and communion with God. Over 100,000 people visit the holy shrine daily for worship.

Found a video as under which shows the Golden Temple from a unique perspective – aerially. And brings out its breathtaking and so peaceful aura.

Inspire and make others happy too- share to tell them they are in your thoughts !
harmandir sahib

I believe in God like I believe in the sun, not because I can see it, but because of it all things are seen. ( https://getjoy.in/getjoy/small-thoughts )